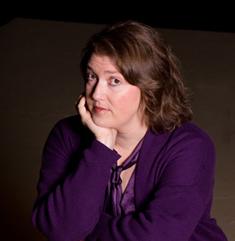 M. Heather Carver received the 2004 Chancellor's Award for MU Women for her work as Artistic Director and co-founder of the Troubling Violence Performance Project, a troupe that performs personal narratives about domestic/relationship violence. Troubling Violence: A Performance Project will be published by the University Press of Mississippi in 2009. She is also the creator and Artistic Director of MU's Life and Literature Performance Workshop and Series. Carver's research and teaching center on the field of Performance Studies and Performative Writing. She is co-editor of Voices Made Flesh: Performing Women's Autobiography (University of Wisconsin Press, 2003), co-editor of Healthy Primates and Other Plays from the New Play Development Workshop (Vanderbilt, 2004), and her articles appear in Text and Performance Quarterly and the Journal of American Folklore.

She is the Co-coordinator of the Association for Theatre in Higher Education's New Play Development Workshop and Vice-Chair of the Performance and Theatre Division of the Central States Communication Association.

Carver's adaptation of Lynn Miller's novel, The Fool's Journey, premiered at MU in November 2004, and was selected as a national finalist for the David Mark Cohen Playwriting award. She was co-director with Ph.D. student Patricia Downey of Voices Made Flesh: Performances from the Life and Literature Workshop, on the MU mainstage in Spring 2005. Carver directed the one-man show, Being Frank, written and performed by MU student Kevin Babbitt in May 2006 at the Anne Frank Center in New York City. In October 2006, Carver premiered her autobiographical play, Booby Prize: A Comedy about Breast Cancer at the Ellis Fischel 11th annual oncology conference. Booby Prize was performed at MU in January 2007.