War of the Worlds

War of the Worlds
Director, Kevin Brown
The adaptation of H. G. Wells’ novel by Howard Koch made (in)famous by Orson Welles.
A 1938 radio broadcast is interrupted with news of alien beings from Mars invading earth, a meteorite landing, an alien sighting in Grover's Mill, and giant machines seen wading through the Hudson River to attack New York City. In the end, Professor Pierson and a Stranger survive the aftermath of the invasion, and it is revealed that the invaders from Mars all died from a microscopic disease.

MU Theatre Rhynsburger  box office hours, M-F, 9a to 5p, and one hour before curtain.
Closed from noon to 1p.

The world in 1938 must have seemed eerily similar to the world today in 2022. Every historical age has its “given circumstances.” During both time periods, the world was in a rapid state of flux. We had just been through the “Great War” (now known as World War I), which resulted in violence and death on a scale never seen before. This bloodshed was the debt collected after a century of the rapid expansion of colonial empires during the 19th century. In 1938, the United States was on the brink of what would become the second “Great War” (World War II), with German tanks rolling into Poland in September of 1939, less than a year after the broadcast of the radio play on the airwaves of the (fortuitously named) Columbia Broadcasting System.

These circumstances must have been at least part of the reason that Orson Welles, along with adapter Howard Koch and the actors of the Mercury Theatre, chose to adapt H. G. Wells’ nineteenth-century science fiction novel. The fantasy of an alien invasion is rooted in the same colonial anxieties that are driving a widespread state of cultural unrest today. In some ways, the 1938 radio broadcast was an early example of so-called “fake news,” or disinformation, that has become all-too-familiar as it crowds out our social media feeds. On the brink of any conflict, there is a “fog of war” in which the enemy attempts to cloud the battlefield to obscure the movement of their troops. How do we cut through this fog?

This is the conceit and the concept of the production you are about to witness: if you were able to go back in time, and change the given circumstances of any historical event, when and where would you choose to go? Tonight, I invite you to time travel, and revisit the script from the 1938 broadcast as it is presented in 2022. If your goal was to disrupt the source of the original “fake news,” in what ways might you manipulate the original broadcast in order to warn the world about the dangers of disinformation? How might we seek to give people the critical tools they need in order to see when they are being manipulated? How much manipulation is too much? Is there a breaking point?

In the theatre we have a saying. Each time we undertake a production we seek to create a “world of the play.” In contrast, for this production the elements of the story are told in three vernaculars: the presentational, the improvisational, and the representational. Ultimately it is a “War of the Worlds of the Play,” in which some elements may be unreconcilable. You are confronted with the task of cognitively and emotionally reconciling these three different worlds. We ask you, what happens when groups of people start to form their own worlds and can no longer communicate with one another because they no longer share a set of given circumstances? Can these worlds ever be reconciled?

Dramaturg’s Notes
Intercepted Transmissions: War of the Worlds’ Travel through Time
The War of the Worlds plot has tumbled through the space-time continuum several times over to make its way onto the Mizzou stage today. The original novel, written by H.G. Wells, began as a serialized narrative capitalizing on the popularity of invasion narratives (e.g. The Battle of Dorking (1871)) and science fiction (e.g. Journey to the Center of the Earth (1864)). The resultant book birthed the popular alien invasion genre, tossing the first pebble into a newly discovered pond. One can observe those reverberations through the ensuing decades, across media, and around the world. What seems most worth noting, however, lies in what these reverberations respond to. What cultural apprehensions does War of the Worlds, and its resulting retransmissions, tap into?

H.G. Wells did little to bury his novel’s messaging. He cautions the reader to not judge the aliens “too harshly” because “we must remember what ruthless and utter destruction our own species has wrought, not only upon animals, such as the vanished bison and the dodo, but upon its own inferior races.” Putting aside the problematic turn of phrase “inferior races,” Wells directly connects the invading Martians with colonizers. With budding critique of the British Empire emerging at the end of the nineteenth century, The War of the Worlds (1898) essentially asks the question: how would England fare if they were invaded by a technologically superior force? Since, adaptations of this story have explored the rise of the Third Reich (Orson Welles, 1938), Soviet Communism (Byron Haskin, 1953), post-9/11 terror (Steven Spielberg, 2005). But alien invasion stories cover the gamut of sociopolitical issues, constructing topical metaphors, as speculative fiction genres tend to do. Examples range from pro-United States military propaganada (Independence Day (1996)) to post-Apartheid allegory (District 9 (2009)), yet throughout this alien invasion canon, the aliens stand in for terrestrial demographic groups or even natural phenomena (e.g. Pacific Rim (2013)).

While Mizzou’s adaptation grapples with specific issues, as director Dr. Kevin Brown discusses above, it lives in conversation with these overlapping signals. You sit in a creative recreation of a 1938 radio station, the time and place where Orson Welles and his Mercury Theatre began broadcasting the most famous radio play of all time.

But what happens when you occupy that space with bodies, aesthetics, and knowledges from 2022? If you had the power to go back and disrupt this moment in history—its people, its sensibilities, its anxieties—what would you do? How would you interact with these eighty-four-year-old relics? What would reverberate forward to our present? How would it reflect the past from which the 1938 radio play arose? Does the act of adaptation, hijacking the signal, reinforce or subvert the values of the original source? I would argue either are possible, but let us consider how we accomplish each. 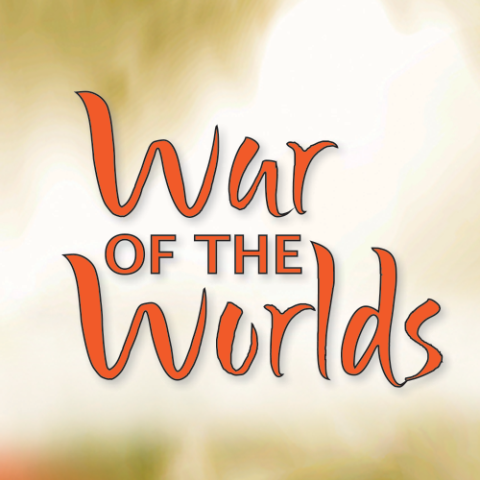