In a world where apples are extinct, and people turn into mounds of salt, the angels plot an epic battle to save the human race. Marisol, a Puerto-Rican woman from the Bronx, embarks on a magical journey through the apocalypse to survive on her own.

MU Theatre's production of Marisol opens Thursday 4/15 at 7pm (Central Time) with a live stream from the beautiful Rhynsburger theatre. The show runs from 4/15 (live stream show) with a different filmed version (a cinematic take on the play) from 4/16-4/23/21 at 7pm through the Mizzou Theatre YouTube page. But you need a ticket to get the link. This is a limited time online run of a show you won't want to miss. Please join us on this magical journey.

Director’s Notes
My journey with Jose Rivera’s Marisol spans several years. I auditioned for the role of ‘Marisol’ as a community college theatre major in California. Alas, I was not cast. Nonetheless, as a Latinx theatre artist, the play held a special place in my heart; it was the first play I saw with two strong roles for women of color not based on stereotypes or caricatures. Marisol was also written by a Latinx playwright, one of few that I knew of and a future favorite. Fast forward several years as a theatre doctoral student, and I would direct Marisol in Spring 2020. We began our first day of rehearsal...and Covid-19 happened. That same week, MU transitioned from in-person to online learning. Although we had started the design process and were fully cast, we made the painful, yet right, decision to cancel the performance. Thankfully, our department postponed the show for a year until Spring 2021.

Although theatre-making during a pandemic presents several challenges, it also inspires us to reimagine ways of making theatre magic; how to create visual stories on stage through socially-distance blocking? How to establish a world where characters cannot physically touch, even when they long to? How to invite audiences into a theatre space through the screen? This was not an easy task, nor did I do this alone; it was a collective effort thanks to a brilliant directing team, cast, designers, and crew. (Gracias)
Marisol, written in 1992, deals with themes of climate crisis, violence against women, economic inequality, and white supremacy—all painful parallels to the present world, even more so after 2020. Despite its serious content, Marisol offers a magical world of poetry, humor, and music, that leaves you with hope. This production is years in the making, but it has never felt more urgent than at this time and for this audience. My hope is that our rendition of Marisol will leave a meaningful impression and play a role in your trajectory for years to come. Who knows, maybe one day you will direct it.
—Xiomara Cornejo

Dramaturg’s Notes
Jose Rivera is a master storyteller and a visionary. Rivera has crafted not only a beautiful story, but also an entire world. This world is magical and full of mysterious and intriguing characters at every turn. The magic realism of Marisol is evident throughout the piece. Rivera gives us glimpses of what happens in the heavens amongst the divine beings, as well as the impacts on earth. This play will challenge you in unexpected ways. The parallels between the world of Marisol and the world we live in are in escapable, so much so that it is easy to forget this play was written in 1992. It makes you wonder…is Marisol fiction, is it giving us a glimpse into the future or perhaps it is a call to action?
—Brandon V. Riley 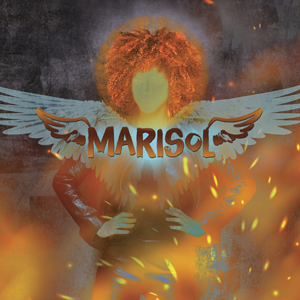