You're A Good Man Charlie Brown music and lyrics by Clark Gesner, book by John Gordon, directed by Dr. Cat Gleason
For 50 years this musical has been delighting audiences all over the country, bringing to life Charles M. Schulz’s comic about a boy and his dog. The Peanuts gang brings us some of their most memorable and beloved moments – Lucy’s five-cent psychiatry, Snoopy’s flights of fancy, and much more.
7:30 pm: Sept 27 – 30 • 2:00 pm: Oct 1, in the Rhynsburger Theatre

By the Bog of Cats by Marina Carr, directed by Natalie McCabe Tartière
A haunting play by prominent Irish playwright Marina Carr that loosely adapts Euripides’ ancient Greek tragedy Medea into a surreal modern tale fraught with murder, abandonment, and prophesies surrounding Irish Traveller Hester Swane. Set on the mystical site of a bog, ghosts of the past converge with spirits of the present and test the limits of a motherless mother’s undying love.
7:30 pm Oct 4 – 7 • 2:00 pm: Oct 8, in the Corner Playhouse

Father Comes Home from the Wars Parts 1, 2, and 3  by Suzan-Lori Parks, directed by Dr. Cheryl Black
A story from America’s past with profound contemporary relevance, this poetic, irreverent, blues and hip-hop infused riff on Homer’s Odyssey from a Pulitzer Prize-winning playwright follows an enslaved, brave young man named Hero who journeys to the battlefields of America’s Civil War and returns a changed man in a changed world.
7:30 pm: Nov 8 – 11 2:00 pm: Nov 12, in the Rhynsburger Theatre

The Green Duck Lounge by Michelle Tyrene Johnson, directed by Dr. Claire Syler
The Green Duck Lounge explores how the contemporary #BlackLivesMatters movement parallels the Civil Rights Movement of the 1960s by focusing on the life of Leon Jordan, a Kansas City police officer, MO legislator, and civil rights activist. The play is a swift sixty-minutes with a first act set in 2015, a second act set forty years earlier, and a third act comprised of a post-play discussion.
7:30 pm: Feb 21 – 24 • 2:00 pm: Feb 25, at the Rhynsburger Theatre

The Drowning Girls by Beth Graham, Charlie Tomlinson and Daniela Vlaskalic, directed by Sarah Senff
Bessie, Alice and Margaret rise from watery graves to prosecute their murderer in this morbidly funny play. Based on the true story of one of England’s most notorious serial murderers, the audience becomes judge and jury in the trial of George Joseph Smith, looking at violence against women then, with resonance to now. Shocking and delightful, The Drowning Girls will take your breath away.
7:30 pm: Mar 14 – 17 • 2:00 pm: Mar 18,  in the new black box theatre, Studio 4 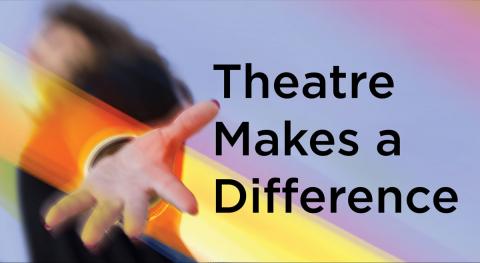