Come join us as we experience new voices speaking about our ancient planet through cutting-edge original and adapted works by our own MU student and faculty authors. Short solo performances, poetry, ethnographic adaptations and plays from the Climate Change Theatre Action project will fill the stage of Studio 4 from Oct 16 – 20.

The Climate Change Theatre Action project is an international art collaboration between The Artic Circle, The Center for Sustainable Practice in the Arts and Theatre Without Borders. For more information about the organizers and performances across the globe visit: 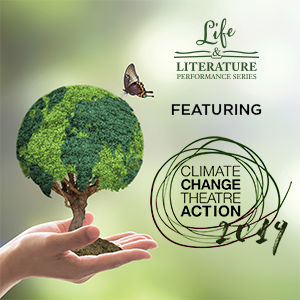